For Matthew Jones, organizing and songwriting went hand in hand. Over the course of his life as an activist, he was arrested 29 times and wrote 500 songs. As he processed his experiences in SNCC, he wrote songs that strengthened the movement community and created a cultural history to inspire future generations. “Music was his diary,” his son Gerald remembered. “He took the world on a ride through his music.”

Matt Jones was the son of a Tennessee preacher and became involved in the Nashville Student Movement in 1960 while a student at Tennessee State University. He soon wrote his first freedom song. Many of his lyrics built upon gospel roots that had come from growing up in his father’s church. In anthems like “The Ballad of Medgar Evers,” written after Evers was murdered, Jones took the role of a storyteller, processing the tragedy along with his movement community. 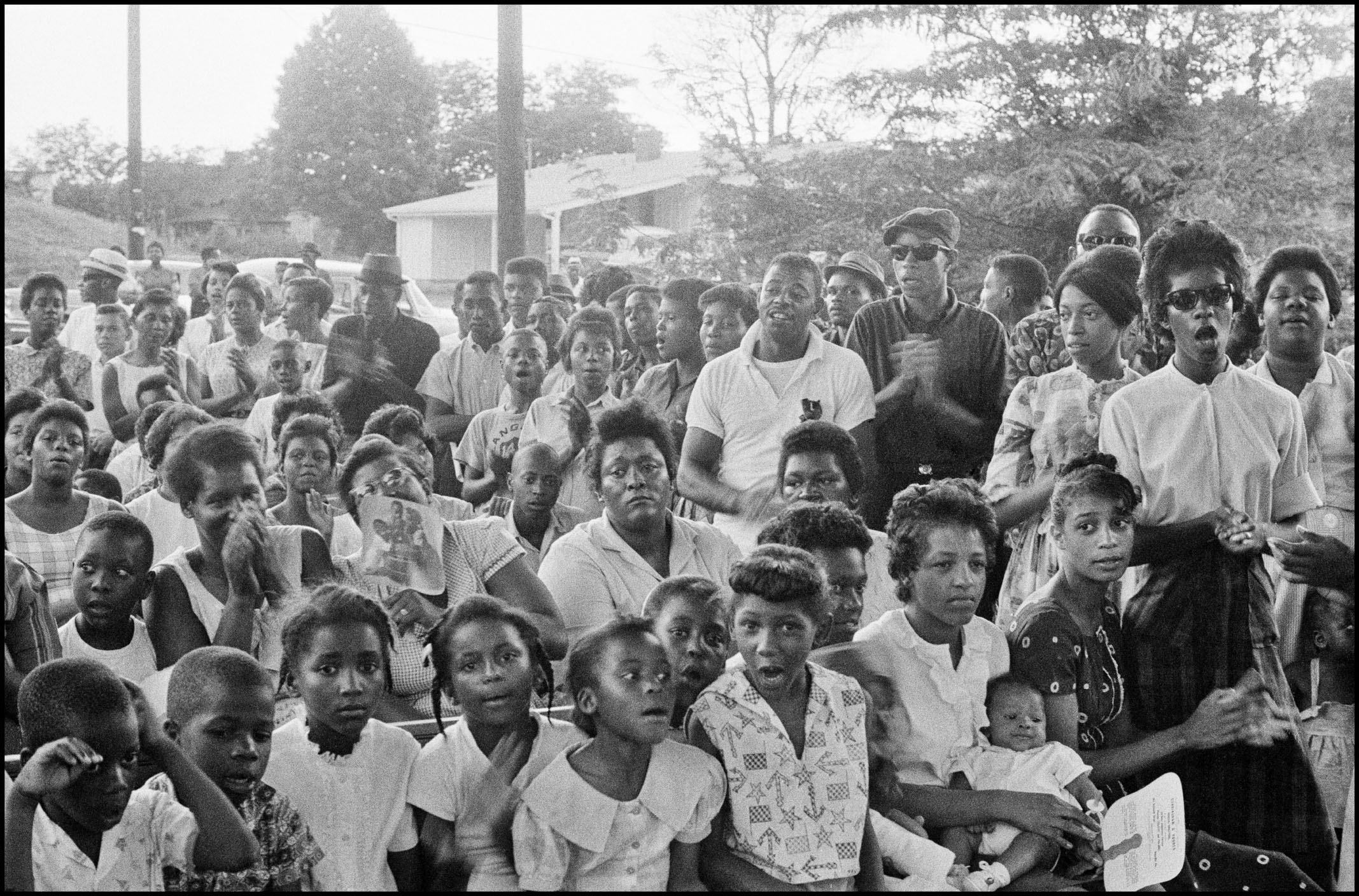 Jones joined SNCC as a field organizer in Danville, Virginia in June of 1963; mass demonstrations to desegregate downtown were underway. When a fellow organizer walked into the Danville office with a package from a department store, he wrote the song “Don’t Buy Downtown” to inspire his peers to keep boycotting segregated stores. In the group Danville Voices, a musical ensemble born from the Movement, he brought freedom songs out to the tobacco fields of Virginia and pushed farmers to register to vote.

Buford Holt, a young soldier returned home from Vietnam to Danville, told Jones his story when they were imprisoned after a July 1963 demonstration. Secretary of Defense Robert McNamara had issued a statement banning soldiers from picketing in uniform. According to the government, fighting for equal citizenship at home was “un-American,” and when Holt joined demonstrations wearing his military garb, he was thrown in prison alongside Jones. Hearing Holt’s story, Jones wrote a new song, “Demonstrating GI,” on toilet paper in the cell. “I’m an American fighting man,” it said in part, “I’m gonna defend my country as long as I can, and if I can defend my country overseas, why don’t you set my people free?”

That fall, Jones went to Atlanta to join Charles Sherrod, Bernice Johnson (Reagon), Cordell Reagon, Charles Neblett, Rutha Harris, and Bertha Gober in the SNCC Freedom Singers. He wrote and sang with them until 1967.

Along with touring to fundraise for SNCC, Jones and the Freedom Singers were committed to direct action protests. On December 21, 1963, Kenyan independence leader Oginga Odinga came to Atlanta on a tour organized by the State Department, who wanted to show off the integrated Peachtree Manor hotel. They deliberately bypassed the SNCC office, and SNCC then decided to show up at the hotel where, along with conversation, they sang “We Shall Overcome” for the Kenyan leader. He responded with ‘Uhuru!’ – the Swahili word for freedom. Energized, Jones and a crew of SNCC activists entered the segregated Toddle House restaurant next door to the hotel, sat down, and were arrested. From this experience, Jones wrote the song, “Oginga Odinga.” The next year, Jones traveled on the SNCC delegation to Africa to learn from young leaders in newly independent African nations.

Jones believed in the power of song to inspire future generations. “Your grandchildren will ask you what you did back in the 1960s,” he wrote to his fellow organizers. His song “The Prophecy of a SNCC Field Secretary” opens with a grandfather singing, “come here child, sit on my knee, let me tell you how we got free…” 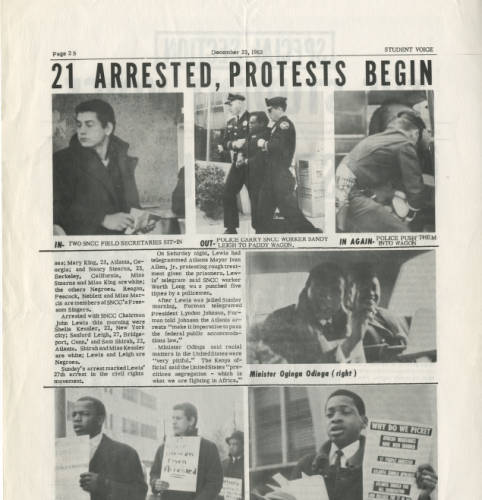 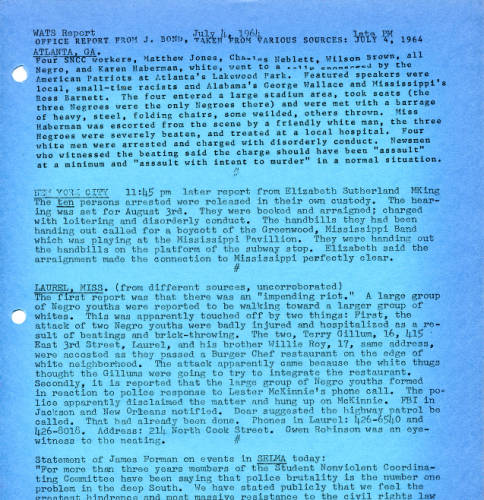 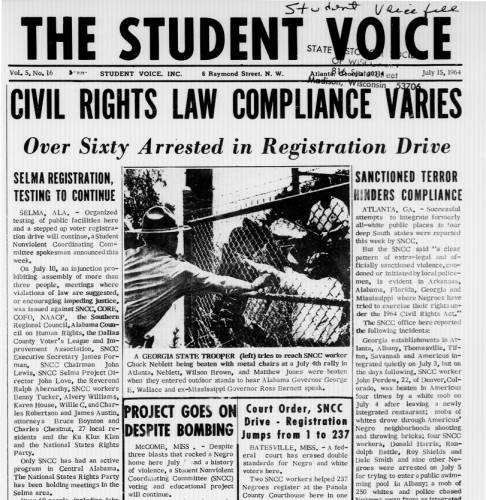 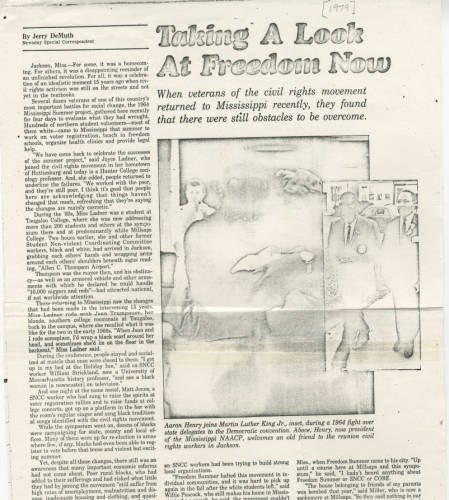