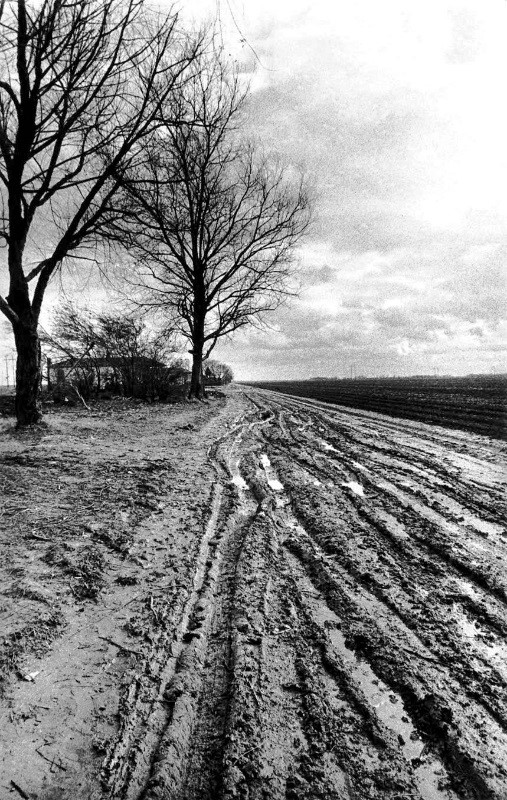 It was the winter of striking fieldworkers,

of old people freezing to death under damp flour-sack sheets,

of the klan still celebrating the murders of the three: Goodwin, Chaney and Schwerner

we came back from atlantic city

to start all over again

After the Mississippi Freedom Democratic Party (MFDP) was not seated at the 1964 Atlantic City Democratic Convention and the MFDP Congressional Challenge failed to prevent the seating of the racist Mississippi Delegation in the U.S. House of Representatives failed, deep gloom prevailed. 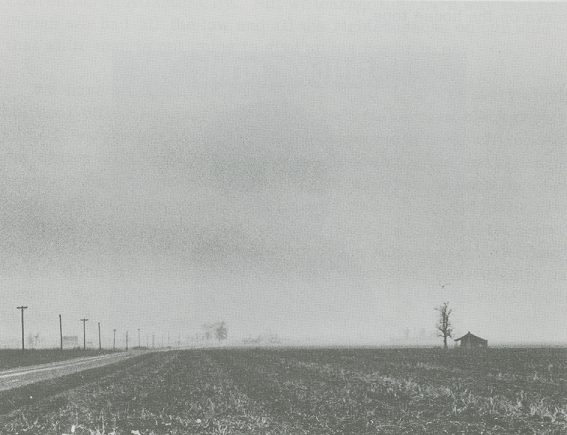 Mississippi plantation shack in the middle of a cotton field, 1965, Photograph by Maria Varela

that fertilize each spring

in a bed where damp,

Refused to get warm

and instead became a frozen-cotton death sheet.

born in a cotton field,

to die under cotton.

But with all this, it was amazing how people were mobilizing. And it wasn’t around voter registration. We saw people moving and speaking for themselves about basic needs. There was a lot of hunger and a lot of joblessness. Housing was also a critical need as so many had been evicted from plantation housing because of their participation in the Movement and/or due to increasing mechanization of plantations where workers were no longer needed.

“People have decided they no longer want to depend on the plantation owners, county, state or federal government for their basic needs,” I wrote in a report. “As a result the movement has a depth and meaning to it that the voter registration movement never achieved.”

On January 29, 1965, nearly 700 people met in Edwards, Mississippi to talk about food, jobs and land. About a third of the people at this assembly had no connection to the Movement and had never been to this type of meeting before. Many others spoke for the first time about what they needed and the changes they wanted to see to make life better for their children.

Charlie Cobb sent a report to the SNCC Communications Department which captured some of these things that people said:

The people have nothing but themselves.

We used to waiting til the white man reach us and feed us and do all like that. Now we come to a place where we can do for ourselves. Lets don’t wait for that man. Lets be men an’ women an’ go out an’ get that food. 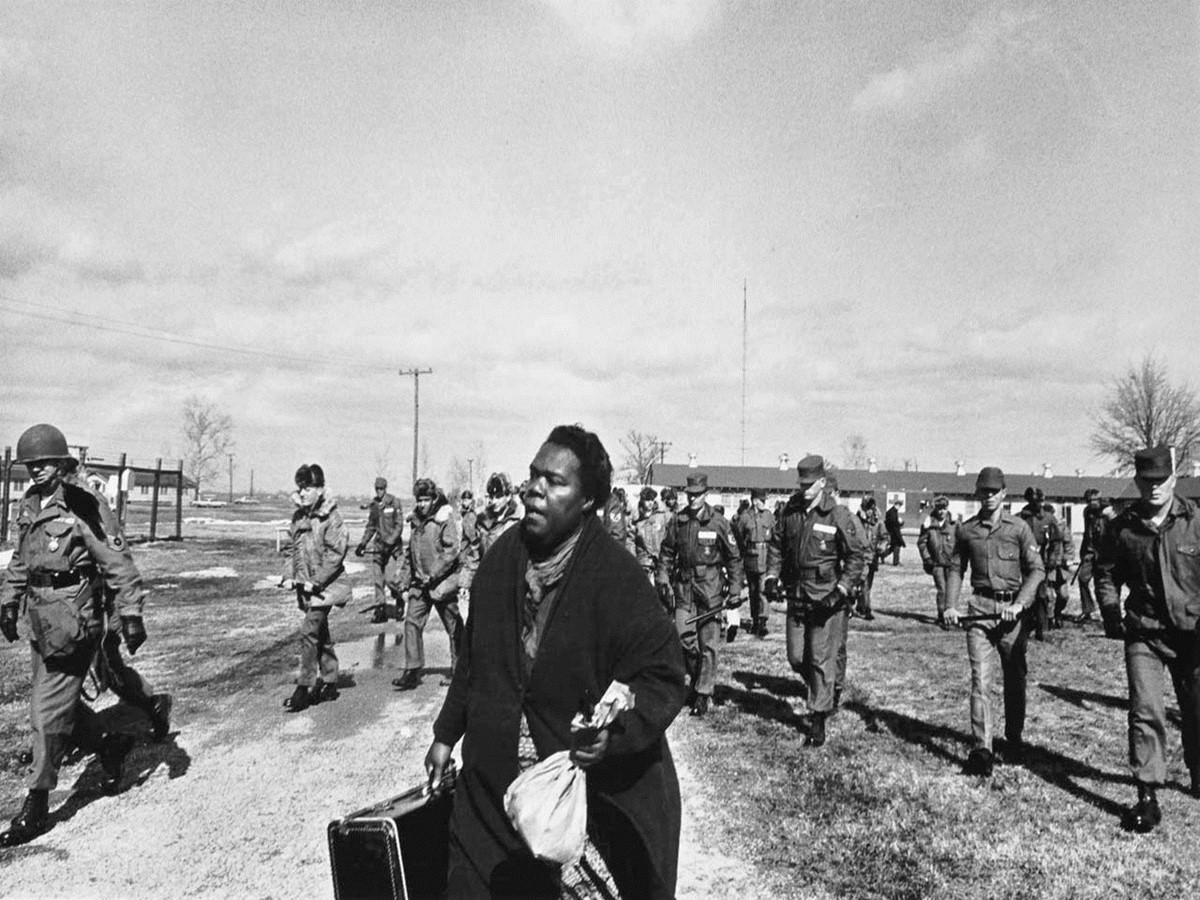 Eviction at Greenville Air Force Base, Photograph by Maria Varela

After that meeting, a group of MFDP leaders and sharecroppers who had been evicted from their homes drove to the abandoned Greenville Air Force Base and occupied it. Their demands included:

But in February 1965, federal troops evicted the homeless protesters from the shuttered Air Force Base.

The protesters were invited to live in a “strike city” of tents in Greenville established by plantation workers evicted because they were trying to organize a union..

Learning From Each Other

A few weeks later, SNCC’s staffer Frank Smith organized a meeting in the Mississippi Delta to ask people how they wanted to organize for basic needs. He viewed a brick factory as a way to mobilize people to envision concrete strategies to create jobs, to build homes, stores and other community structures. I attended that meeting of about 300 people, and the conclusions drawn from the Selma experience jumped out at me as I listened to these side conversations I overheard people asking each other.

These were things that people wanted to learn, and it was clear that any adult education materials would need to communicate specifics about what people needed to know. It needed to “come from actual experiences of people moving to help themselves,” I wrote in a report to funders. And “… the text for these materials should be written by the people themselves.”

We were not romanticizing local people’s dialects…we learned through our experiences that peers teaching peers, in their own words, communicated more usable information more effectively.

In a later report, I explained, “All that is necessary is to read something authored by someone from a different economic and social status trying to communicate complicated or technical information to a group of community people.”

Then observe that same information being broken down and communicated by a local person experienced in using that information. The response of the people is markedly different.

We could see how information was more absorbable when communicated by a local person who earned their knowledge from experience. This knowledge was something that other people could actually act on.

In 1965, I proposed a different approach to the Literacy Project to SNCC’s Executive Secretary Jim Forman. I argued that there was no reason for SNCC to do literacy training with the federal banning of literacy tests, the presence of federal registrars and the Poverty Program’s adult literacy classes. Instead, I wanted to create an adult education program that communicated lessons learned when local people organized successful projects in Black Belt communities.

For example, I proposed talking to members of the Batesville Okra Co-Op about how they built the co-op, step by step: what mistakes they made and what successes they had.

Instead of people writing the book… they would talk it.

We had no idea what a hit this idea would be across the Black Belt South.

Part 3: Books That Were Cherished