Home » Our Voices » Singing and Music » Bringing People Together

In September 2017 Candie Carawan, Bettie Mae Fikes, Worth Long, Charles “Chuck” Neblett, and Hollis Watkins came together for two days of conversation about the role of singing and music in the Movement. What follows are highlights from this rich discussion. Click here to read the transcript of the entire conversation. 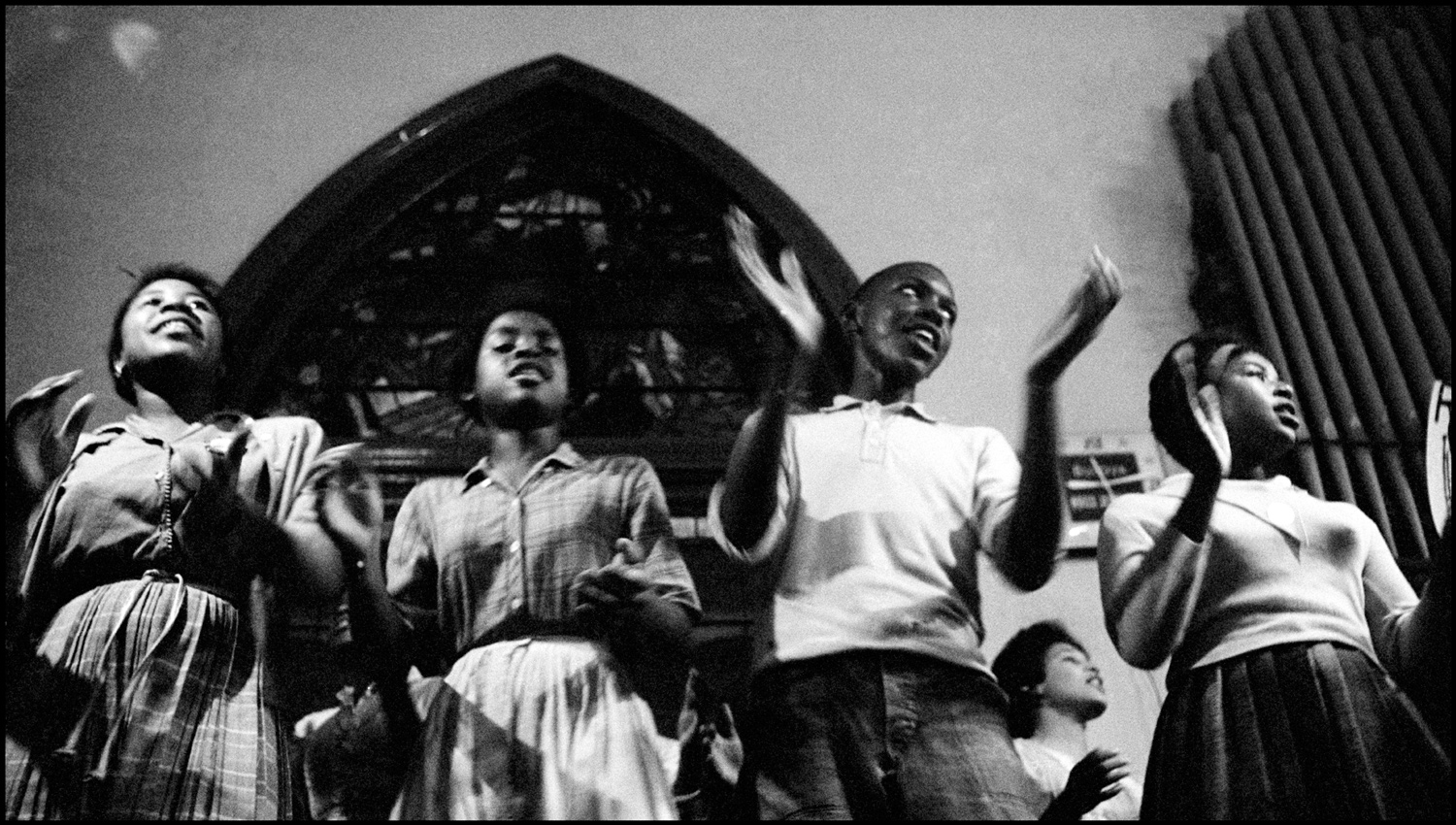 “We used music as an instrument to bring people together, to motivate people to do things that would improve the community.” – Hollis Watkins

Freedom singing was a vital part of SNCC’s community organizing work. Often stemming from traditional church songs, freedom songs brought people together, gave them courage, encouraged them to participate, and helped them imagine and believe in change. As SNCC field secretary Sam Block explained, “I began to see the music itself as an important organizing tool, not only to bring [people] together but also as an organizational glue to hold them together.”

Bettie Mae Fikes, who would become known as the voice of the Selma Movement, was a teenager in Selma, Alabama in 1963 when she started going to SNCC meetings in the basement of First Baptist Church. She had come from a very religious family of deacons, preachers, and good gospel singers. “When we started singing freedom songs, we started singing things like “Ain’t Gonna Let Nobody Turn Me Around,” Fikes explained. “That was part of the spiritual, gospel. We sang songs that were familiar with us.”

Worth Long’s father was a presiding elder the African Methodist Episcopal Zion Church in Durham, North Carolina. Watching his father preach on Sunday mornings, Worth learned that the songs had to speak to the people in the pews and what was important to them.

The freedom songs were really living in the Black South ever since Black people were in the South.” –Candie Carawan

Candie Carawan was an exchange student at Fisk University when she joined the sit-in movement. “Getting to Nashville was the first time I’d experienced music in a huge community sense,” she remembered. “It was once the sit-ins began and the mass meetings were taking place, and the whole community was coming together and singing.” She and other sit-in leaders attended a workshop at Highlander Folk School where her future partner and Highlander staff member, Guy Carawan, began teaching freedom songs.

From its founding meeting, SNCC embraced using song to bring people together. In late 1962 SNCC formed a group called the Freedom Singers to travel throughout the country, organizing people and carrying the message of the Movement through song. Chuck Neblett was one of the original members. He had started organizing as a student at Southern Illinois University before heading to Mississippi as a SNCC field secretary.