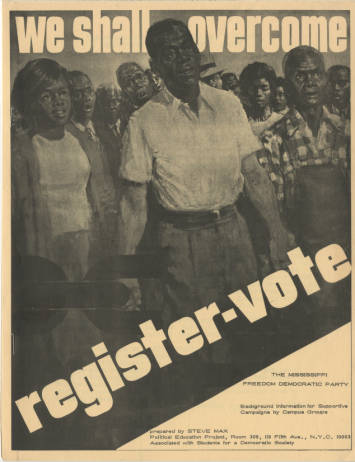 Although the COFO coalition that was built in the early sixties helped unify various segments of the Mississippi’s Black community, class tensions always lurked under the surface of the Movement. These tensions came to a head at the 1964 Democratic National Convention in Atlantic City, when the MFDP delegation split over whether or not to accept the compromise that awarded the party two seats at the convention. “Everybody that would compromise in five minutes was the people with a real good education,” remembered Fannie Lou Hamer, MFDP vice-chair and one of Mississippi’s most prominent grassroots leaders. And, recalled Unita Blackwell, another grassroots leader, middle class leaders pushed for acceptance of the compromise, “but the little folks told them no, they weren’t going to take it and they meant business.”

The tensions that arose in Atlantic City persisted throughout the latter half of the decade. Black middle class leaders began exert more influence on the Movement, and their styles and approaches were often at odds with the spirit of the Movement that had emerged in the early sixties. Many of these “johnny-come-lately’s” saw it as an opportunity to gain personal political power and prestige, which irked many of the grassroots activists who dedicated their lives to the Movement.

In 1965, the middle class-oriented state NAACP withdrew from COFO and “Old Guard” leaders, such as Aaron Henry, allied themselves with an emerging political force in the state–white moderates who had been silent on civil rights until the 1965 Voting Rights Act. A new political coalition of Black and white moderates pushed back against MFDP’s political influence in the state and aligned themselves with the liberal wing of the Democratic Party. They dubbed themselves the “Loyal Democrats”–claiming they were the only political party in Mississippi faithful to the national party.

The MFDP, on the other hand, continued to be a political vehicle for poor Blacks to fight for their interests. The Atlantic City convention had demonstrated the potential power of grassroots leaders. COFO activists started CDGM-sponsored preschools for poor children and used War on Poverty funds to finance cooperatives and other economic ventures for displaced farm workers. MFDP candidates ran for local and state offices on platforms that called for expanded voting rights, quality public education for Black students, fair hiring practices, and higher wages.

The MFDP and Loyalists set aside their differences in order to challenge the regulars at the 1968 Democratic National Convention, but tensions deepened.

On September 17, 1967, Lawrence Guyot announced that the MFDP was going to join forces with the “Loyal Democrats” to challenge Mississippi’s regular party at the Democratic National Convention in Chicago the following year. The announcement came as a shock to many MFDP members at the grassroots who were tired of catering to the national liberal establishment that had been hostile to the MFDP since its inception. Grassroots activists were also wary of collaborating with the Loyalists whose agenda often conflicted with the MFDP’s dedication to the empowerment of poor Black Mississippians. Guyot eased some of these fears when he claimed the challenge to be “indigenous, issue-oriented, and broad based.” 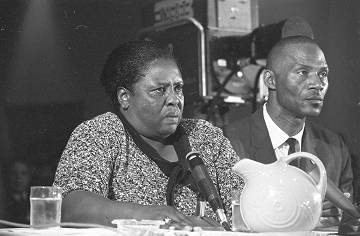 Unlike the MFDP challenge at the 1964 convention in Atlantic City, the powers-that-be within the national Democratic Party welcomed the challenge with open arms in 1968. The Loyalist delegation was seated with relative ease, though the victory was seen as hollow by MFDP leaders. The MFDP-Loyalist alliance, however, was fragile and began to fray as soon as the delegation returned home. “I went to this convention,” Fannie Lou Hamer later explained, and “it was the same kind of exclusion that had been in the past, only it was from the Loyalists.”

MFDP members were soon almost completely pushed out of the Loyalist party’s machinery. The only MFDP-backed person on its Executive Board was Robert Clark from Holmes County.

Mrs. Hamer said she “felt disgusted because the people they had pulled in with the Loyal Democrats don’t know what suffering is and don’t know what politics is about.” “You see,” she continued, “the best thing that could happen in the state of Mississippi is the Freedom Democratic Party … because it’s the kind of politics that’s going to be clean, and, you see, this country is not ready for that.”

Charles M. Payne, I’ve Got the Light of Freedom, The Organizing Tradition of the Mississippi Freedom Struggle (Berkeley: University of California Press, 1995). 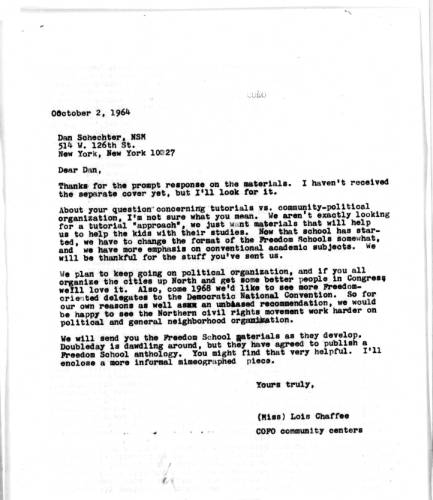 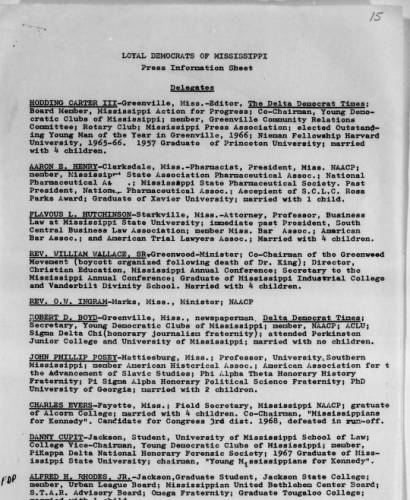 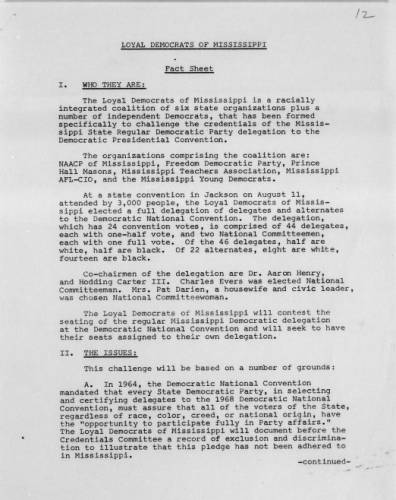 Interview with Aaron Henry by Neil McMillan and George Burson, May 1, 1972, Center for Oral History and Cultural Heritage, USM 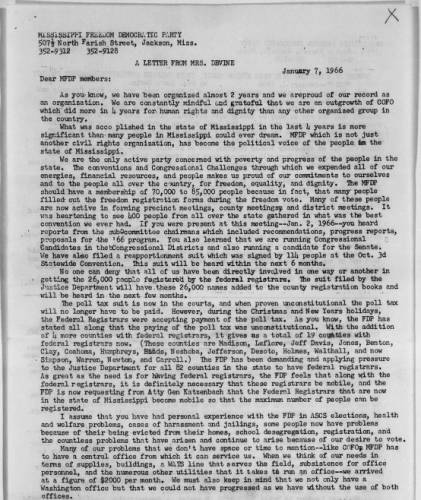 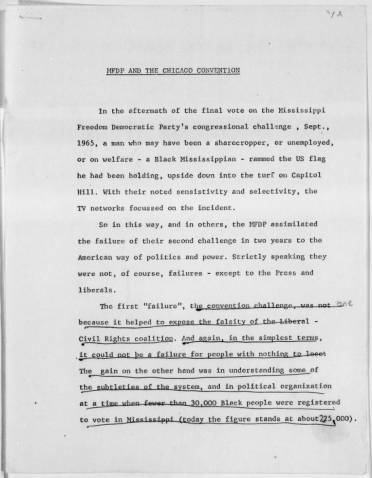 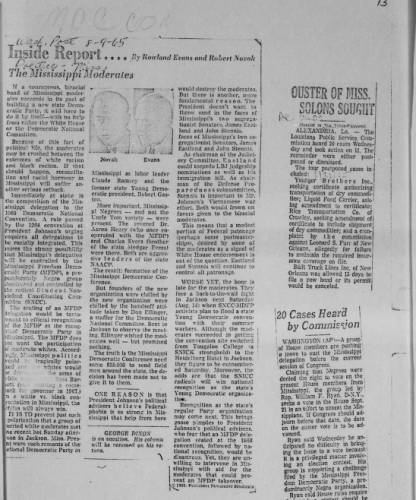