The murder of Medgar Evers convinced the National Council of Churches’ newly formed Commission on Religion and Race that they needed deeper involvement in Mississippi’s Freedom Struggle. So that summer, it sent volunteers to work in the small Delta city of Clarksdale at the request of COFO president Aaron Henry. It also provided bail money for SNCC workers and local people who were arrested for their movement work in Greenwood. Jack Pratt, the Commission’s lawyer, came down to Mississippi to secure the release of seventeen civil rights workers from the notorious Parchman Penitentiary and forty others who were imprisoned in Greenwood. The Commission was immediately impressed by SNCC’s community organizing work in the Mississippi Delta and vowed to support the young organizers in any way it could.

The National Council of Churches (NCC) was just beginning to dip its toes into the national Civil Rights Movement in the summer of 1963. Spurred by recent developments in Birmingham, including Dr. King’s “Letter from Birmingham Jail,” which condemned mainstream churches for their silence on civil rights issues, NCC formed a Commission on Religion and Race. Under the direction of Rev. Robert Spike, the Commission began lobbying for the passage of President John F. Kennedy’s proposed civil rights legislation (eventually the Civil Rights Act of 1964).

The Commission also began working closely with the SNCC-COFO Mississippi Project, which the Commission considered to be the cutting edge of the Movement. In January 1964, COFO had organized a Freedom Day in Hattiesburg to protest voter discrimination against Black people. In order to turn the national spotlight on Hattiesburg for the protests, SNCC leader Bob Moses asked the NCC and other religious groups to send volunteers to fill the picket lines and canvass for potential Black voters. Robert Beech, a young minister from Iowa, was one of many who answered the call. Beech became NCC’s first permanent representative in Mississippi, heading up a nascent ministry project in Hattiesburg.

The NCC secured money and the location for the 1964 Freedom Summer orientations held in Oxford, Ohio. It also recruited over 200 ministers and lay people to join the wave of volunteers going to Mississippi for that summer. These “minister-counselors” helped staff Freedom Schools and community centers, as well as build the Mississippi Freedom Democratic Party (MFDP).

NCC’s role in Freedom Summer laid the foundation for more intense on-the-ground involvement in the Movement. In September 1964, NCC formed the Delta Ministry, a long-term project dedicated to the economic and political empowerment of the poorest segments of the African American community. The Ministry worked hand-in-hand with COFO until COFO’s demise in July 1965 and continued to work closely with MFDP on voter registration and education. The Ministry’s staff, following in SNCC’s footsteps, embedded themselves in local communities and gave aid to local initiatives.

In 1965, the organization helped form the Child Development Group of Mississippi (CDGM) to run Head Start preschool programs throughout the state. CDGM became a vehicle for local people, especially women, to be involved in the Movement in a substantive way. The NCC’s Delta Ministry also helped form the Mississippi Freedom Labor Union (MFLU) to organize farm workers in the Mississippi Delta. The Ministry supported MFLU’s occupation of the Greenville Air Force Base in 1966 and purchased land for tenant farm workers who were evicted for participating in the Freedom Movement. The Delta Ministry worked largely behind the scenes in the mid and late sixties to help local Blacks fight for political and economic empowerment, much in the same manner that SNCC and COFO did earlier in the decade. 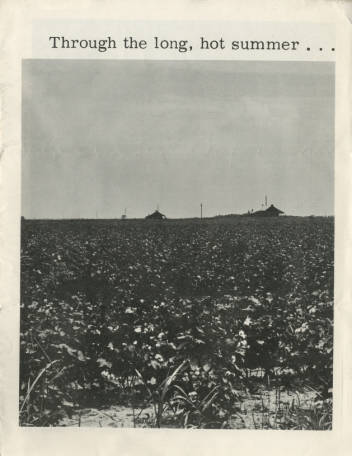 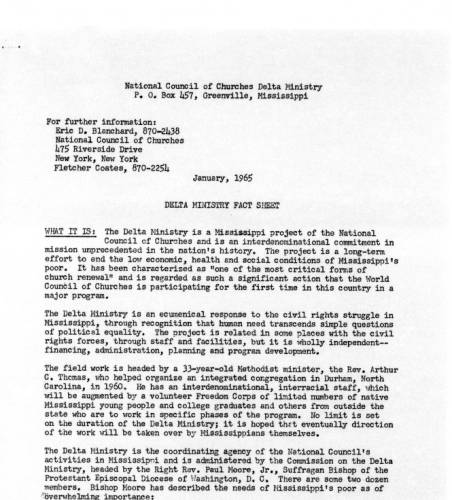 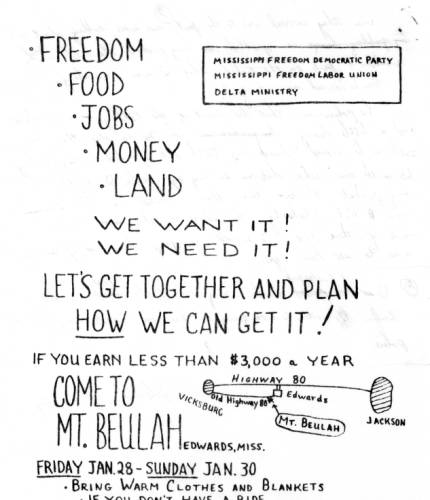