By the late summer of 1965 it was becoming increasingly clear that the Council of Federated Organizations (COFO) was no longer the organization it once was and that its life was coming to an end. In late July 1965, Mississippi activists gathered at Tougaloo College in North Jackson to assess the Movement. Many thought the organization had outlived its usefulness. At the Tougaloo meeting, they agreed to abolish COFO and turn all of its resources and programs over to the Mississippi Freedom Democratic Party (MFDP).

Originally formed in 1961 to assist Freedom Riders released from prison, COFO was revitalized in February 1962 to launch a coordinated voter registration effort in the state. Under the COFO umbrella, young, full-time activists from SNCC and CORE worked closely with community people and local NAACP chapters to organize a grassroots movement. The right to vote was seen by most Black Mississippians as a key to gaining freedom, and a consensus existed that cut through “age, economic status, and the often bruising rivalries of national civil rights organizations.” COFO’s voter registration drives were slow and often punctuated by white violence and economic intimidation, but they were carried on with a sense of cooperation that was rarely seen elsewhere in the national Civil Rights Movement. By 1963, there were local movements in Greenwood, Hattiesburg, and other communities around the state. 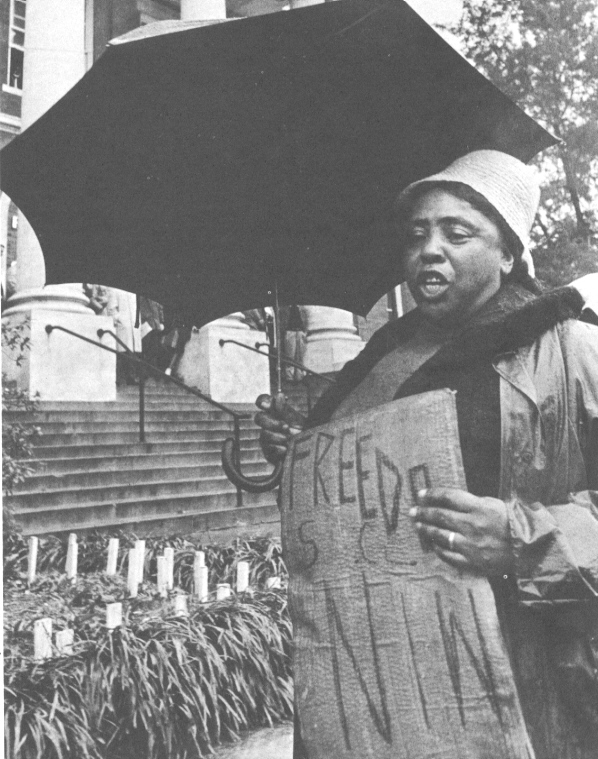 A new class of leadership emerged underneath the COFO banner. The organization created the space for ordinary people–sharecroppers, small farmers, domestic workers, and other working people–to take on leadership roles normally set aside for people with middle-class credentials. People like Mrs. Fannie Lou Hamer, a former sharecropper; Mrs. Annie Devine, an insurance saleslady; and Hartman Turnbow, a small farmer, became the leaders of their respective movements. According to Bob Moses, COFO “cultivated and protected these voices.” “I think that one of the most powerful and beautiful things,” he added about the Movement, “was that it enabled people like Mrs. Hamer to emerge.”

Ironically, however, the coalition that brought COFO together suffered increasing strains as voting rights were gained and national attention increasingly focused on Mississippi. COFO’s success ultimately led to its demise.

The triumphs of the Movement had opened space for more establishment-oriented Blacks and white to organize in Mississippi. Many were uncomfortable with COFO’s constituency, particularly its leadership which included sharecroppers and domestic workers and were heavily influenced–though not controlled–by SNCC and CORE. The traditional Black leadership class–ministers and school teachers who were often absent in the Movement’s early years–began exercising greater influence. These “Johnny-come-latelies” were much more willing to collaborate with white moderates, who wanted to shape the future politics in the state. This new political coalition was determined to reduce the influence of what they considered the unacceptably radical and poor-people-oriented COFO-MFDP coalition. This tension generated “a kind of internal feuding,” remembered Tougaloo College chaplain Rev. Edwin King. There was determination “within the Negro community from a displaced leadership class to restore itself and take the leadership over from this new class of leaders,” that had emerged under COFO.

COFO continued to operate until the summer of 1965, despite these strained relationships. The organization’s collapse was sped up by the demoralization and battle fatigue that many SNCC and CORE organizers experienced after 1964. “After the Summer Project,” remembered Dave Dennis, “I think a lot of our people who had been working were just burnt out.” Many left the state in the mid-sixties, and those that remained lacked a clear consensus on what to organize around, now that they won the right to vote with the Voting Rights Act. “The staff of Mississippi is tired,” SNCC’s Muriel Tillinghast observed. “They just don’t have the energy to start knocking on doors.”

COFO was disbanded in the summer of 1965. A few movement veterans, including Bob Moses, however, saw the move as a mistake and believed that COFO should have been reconstituted around a new program that Black Mississippi could rally behind, like quality education. 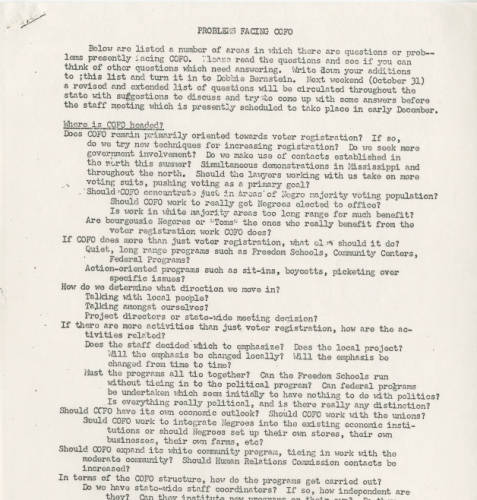 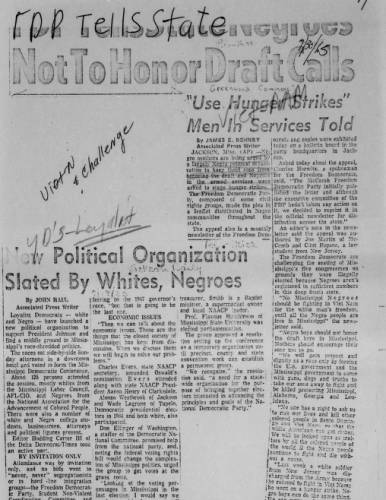