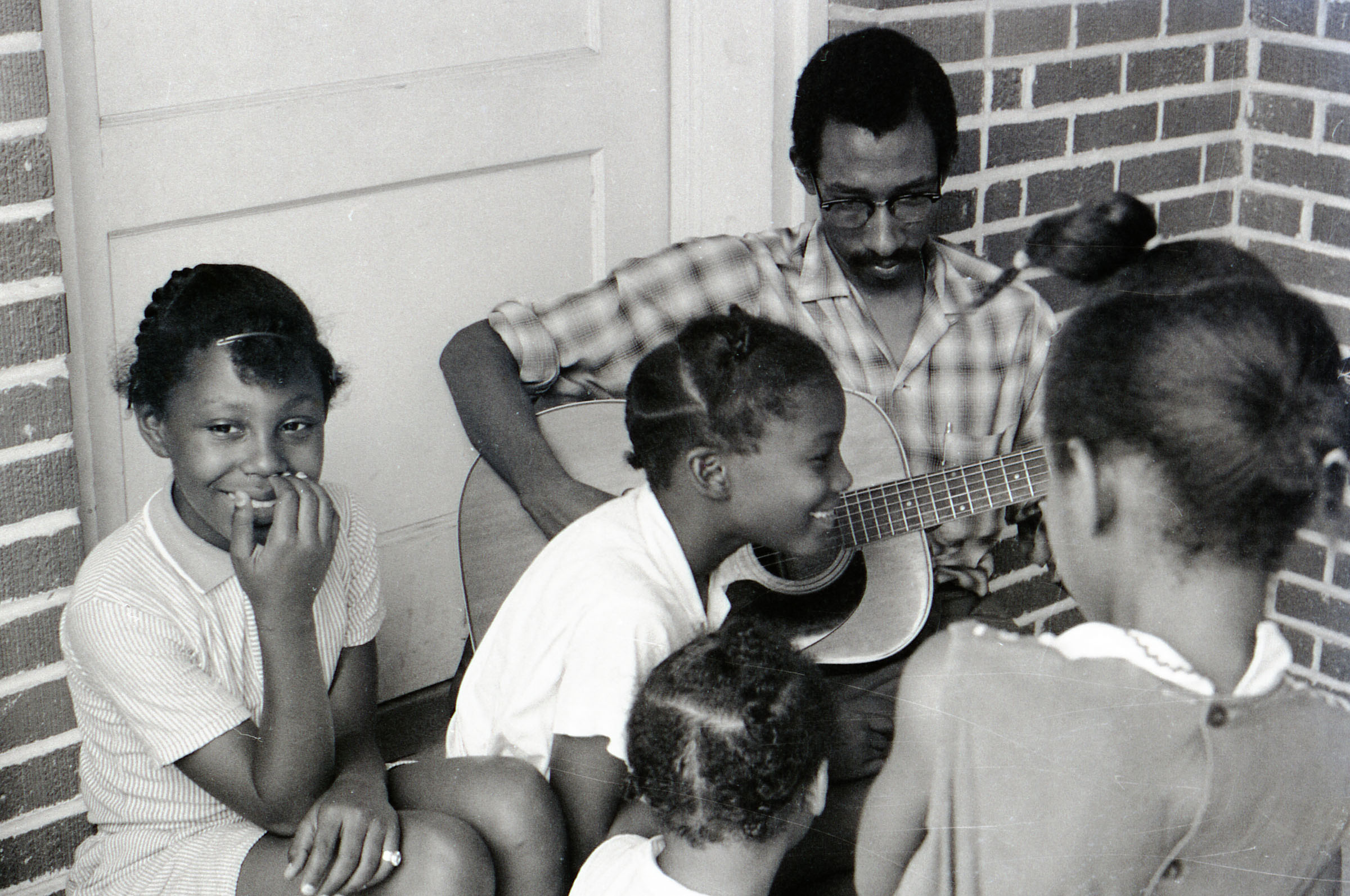 During the summer of 1964, a group of children gathered around Julius Lester as he began to play old blues songs at the Freedom School at Mt. Zion Baptist Church in Hattiesburg, Mississippi. As part of the Caravan of Music, Lester and several other folk musicians spent that summer performing at Freedom Schools and community centers throughout Mississippi. Their performances were often followed by informal workshops and private tutoring sessions for those who wanted to learn more about the songs that were played. “The singers demonstrated the important contribution of Negro music in every aspect of American musical and cultural history,” wrote Bob Cohen, director of the Caravan of Music. Lester’s experience in Mississippi was his first involvement with SNCC’s voter registration work in the Deep South. Not long afterwards, he left his music career in New York City behind to work with SNCC full-time.

Lester was no stranger to Black life in the rural South. He often spent his childhood summers at his grandmother’s home outside of Pine Bluff in the heart of the Arkansas Delta. And each summer, when they crossed the Missouri-Arkansas line, Lester read “Welcome to Arkansas: Land of Opportunity.” Even as a child, however, Lester knew the sign didn’t apply to him. “The sign,” he recalled, was “an official proclamation of my nonexistence” that was “not only assumed but demanded.”

Between 1956 and 1960, Lester studied English at Fisk University in Nashville, Tennessee. He partook in Sunday morning discussions at Professor Nelson Fuson’s home. “Here we began the process of intellectual and spiritual exploration that led us into social activism,” recalled fellow Fisk student Angeline Butler. But when the Nashville Student Movement began in earnest in the spring of 1960, Lester mostly watched from the sidelines. He wanted to participate, but his primary focus was becoming a folk musician in New York City.

When Lester officially joined SNCC in 1966, he worked for the organization’s photo department. Inspired by the photographers of the New Deal’s Farm Security Administration, Lester “set out to capture the South as it entered a period of profound change.” His images appeared on SNCC posters, calendars, and other fundraising materials. They were also featured on other types of SNCC publications including Charlie Cobb’s first book of poetry and an unpublished autobiography of Fannie Lou Hamer that Lester worked on with Maria Varela.

By 1967, he was the head of SNCC’s photo department and a member of the cultural committee, along with Charlie Cobb, Worth Long, Dwight Williams, and Bill Mahoney. Lester revamped SNCC’s publication department, developing new propaganda materials that clarified SNCC’s shift to Black Power, and wrote his first book, Look Out Whitey! Black Power’s Gon’ Get Your Mama. He also created more explicitly cultural pieces, among which was a collection of Black folktales illustrated by SNCC’s Jennifer Lawson. His dedication and skill helped usher SNCC’s publication department into the Black Power era.

Lester was also at the heart of SNCC’s evolving international consciousness in the late sixties. He spent the spring of 1967 in North Vietnam with Charlie Cobb. Sponsored by the International War Crimes Tribunal, the trip gave SNCC a chance “to investigate the brutal actions of American imperialism against the Vietnamese people and to express solidarity with their struggle.” He also attended the inaugural meeting of the Organization of Latin American Solidarity (OLAS) in Cuba in the summer of 1967. In both Vietnam and Cuba, Lester took extensive photographs that he planned to consolidate into organizing materials for SNCC’s work at home.

Lester left SNCC in 1969. He went on to become an accomplished author and college professor at the University of Massachusetts-Amherst.

Angeline Butler, “What We Were Talking about Was Our Future,” Hands on the Freedom Plow: Personal Accounts by Women in SNCC, edited by Faith S. Holsaert et al. (Urbana: University of Illinois Press, 2011), 40.

Guy and Candie Carawan, eds., Sing for Freedom: The Story of the Civil Rights Movement Through Its Songs (Bethlehem, PA: Sing Out Corporation, 1990), 227-230.

Julius Lester, On Writing for Children and Other People (New York: Dial Books, 2004).

Julius Lester, “From the Other Side of the Tracks,” undated, SNCC Papers, ProQuest History Vault. 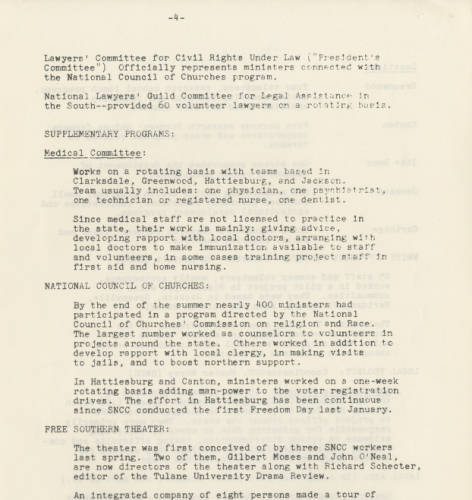 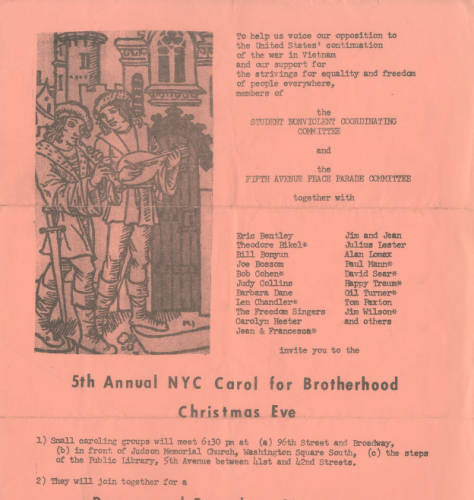